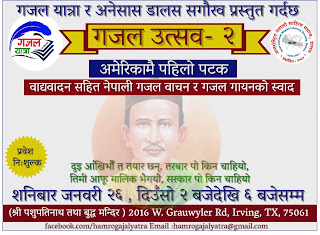 PADDLE PIZZA IN THE WOODS

After a long day paddling 5 miles and portaging which entails carrying a 55 pound canoe on my shoulders for about one and half miles in the woods, I am tired enough to take a nap. But the excitement keeps me alert and it refreshes me. I started counting my luck on fishing the west bank of our camping site island. 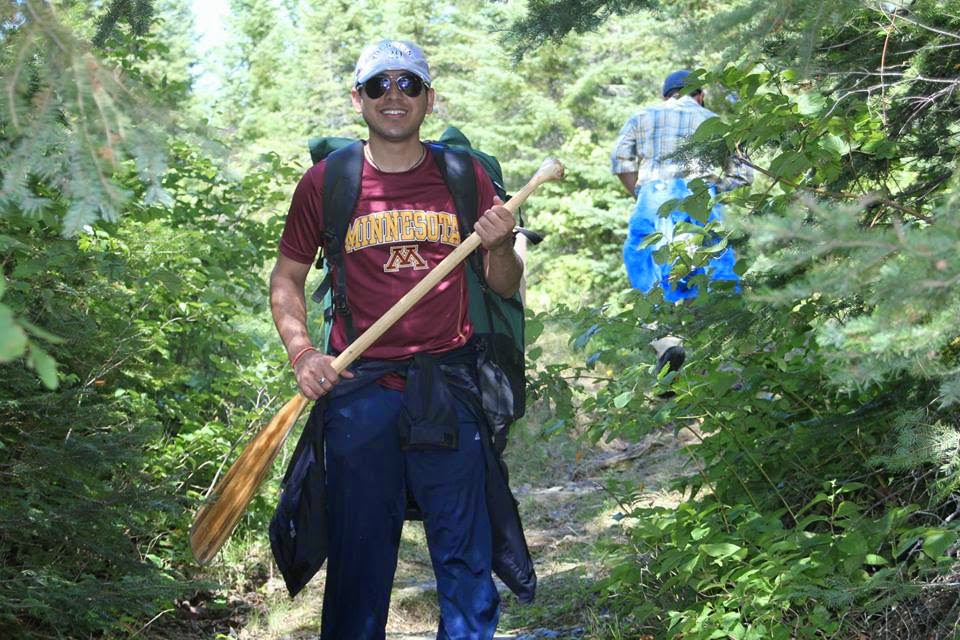 With a sip of Cabernet Sauvignon, fishing was not even boring at all. I opened my favorite snack pack “RUM-PUM” which added flavor to my fishing time but I was eagerly awaiting the pizza for dinner. I heard all day about it and I kept wondering how my friend Christina was going to make it in the woods where we had few survival tools. Despite this, the chocolate pancake she made that morning was one of the best breakfasts I ever had. 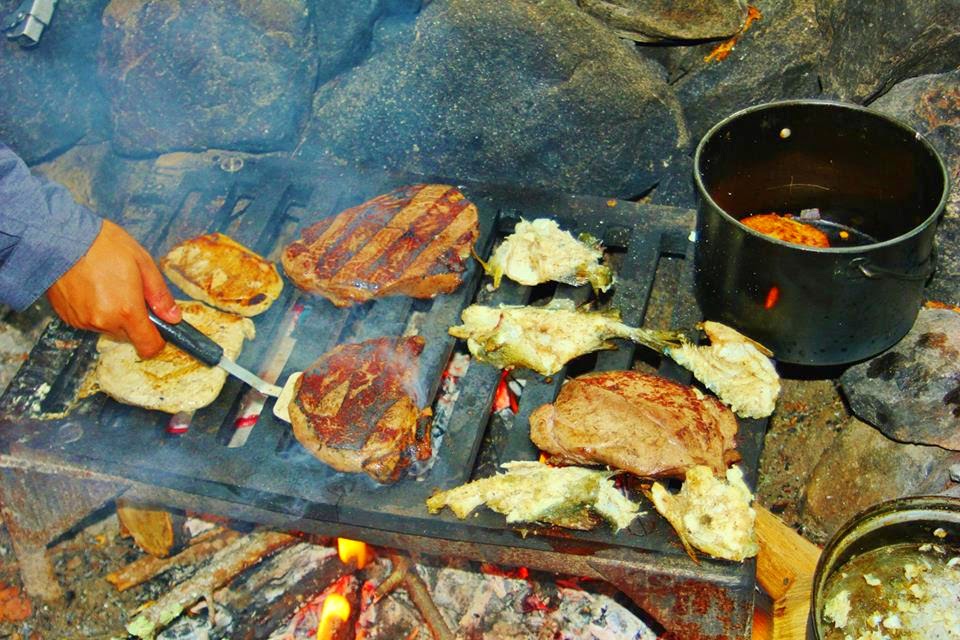 Oh Wow! I caught a bass but it was not big enough to feed us so I decided to let it go. I granted his life back but god knows for how long.  I had the biggest catch the day before among those fishing.  Christina and Pankaj also caught fish that day and we had fish dinner.  It is my third cup of Cabernet Sauvignon but I am having no luck with fishing.  It is not a warm and pleasant day anyways. I see Christina gathering firewood for dinner and I go to help her out. 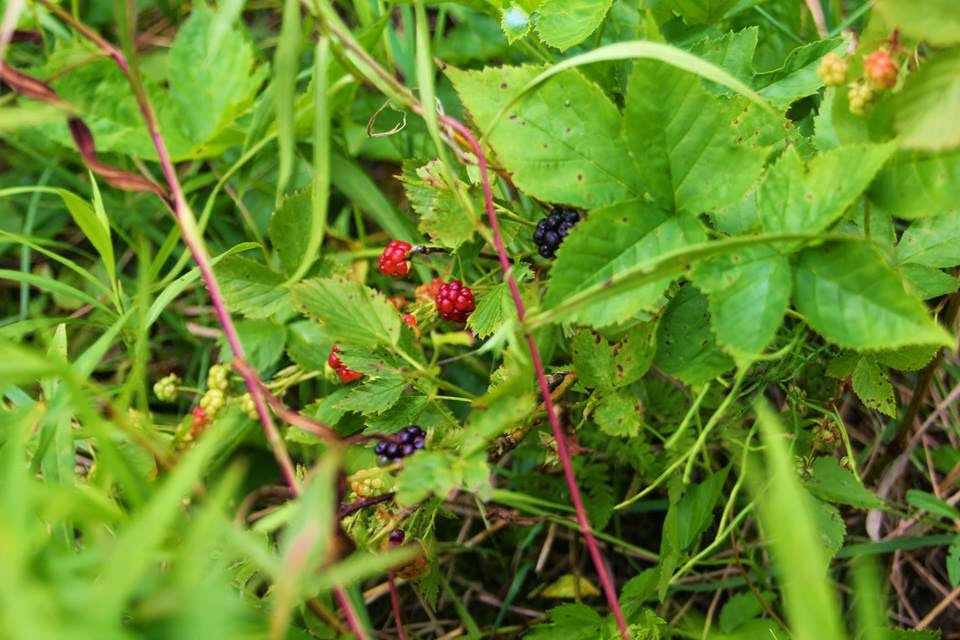 Sauhadra is already helping her out by shredding three different cheeses for pizza. She has begun chopping onions, garlic, tomatoes, and red peppers.  She stir fries it in a pan. On the top of the tortilla, Sauhadra puts three different cheeses and the stir fried onions, garlic, tomatoes, and red peppers. With the peperoni topping, it looked amazing.  Then Christina puts that pizza in the pan and the cheese starts melting.

The melting cheese and the flavor from wood fire added aroma to the pizza. I never had very good pizza and I am not a big fan of pizza. It reminded me of how crazy my high school friends always were to order Pizza whenever we hung out in a restaurant’s in Pokhara. 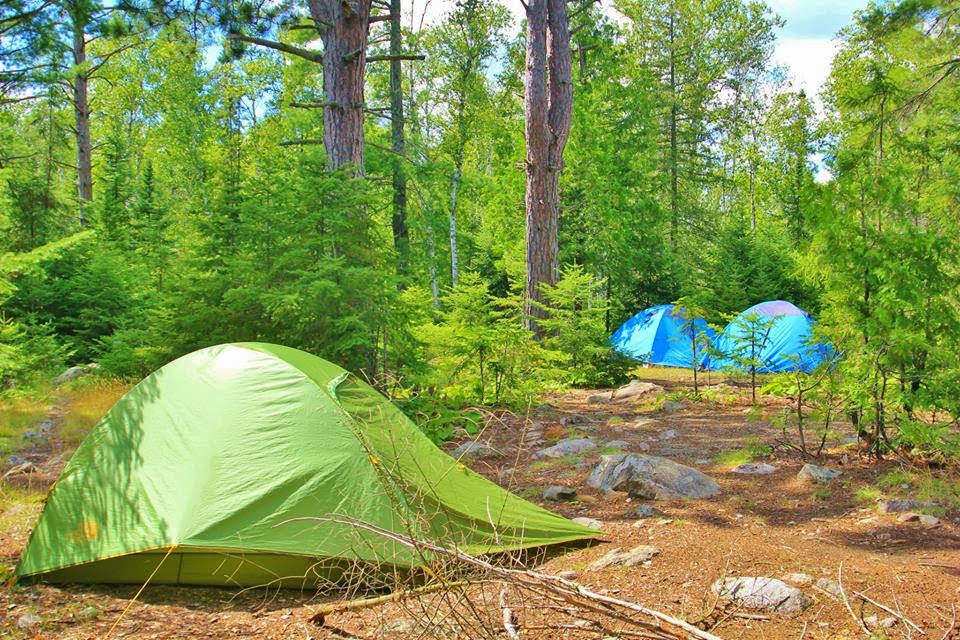 With the wind breeze, it was already getting cold in Mid-August.   We were camping on an island in the Boundary Waters Canoe Area Wilderness or BWCA.  It is located in Minnesota in the northern third of the Superior National Forest. Over one million acres in size, the BWCA extends nearly 150 miles along the international border adjacent to Canada's Quetico Provincial Park and is bordered on the west by Voyageurs National Park. The BWCA wilderness contains 1175 lakes varying in size from 10 acres to 10,000 acres, over 1200 miles of canoe routes, 12 hiking trails and over 2,000 designated campsites. The BWCA wilderness contains the largest contiguous areas of uncut forest remaining in the eastern United States. 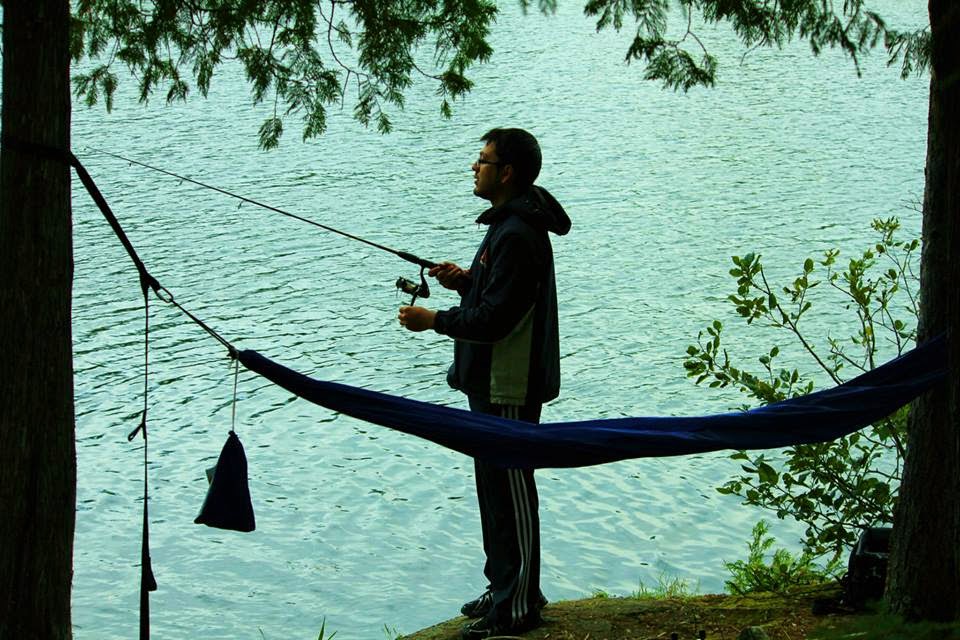 After the couple of hours of sun set, there are still some glows of orange lights in the western horizon. Water and trees are silent but we start hearing a “whoooooo” sound.  It sounds to me like someone is lost and asking for some help.  It is a loon, the state bird of Minnesota. We came to know this when Christina explains. The eerie sound reminds us we are deep in the woods and all we are surrounded by are trees, water, birds and wild creatures.  Pankaj and I chased the Loon couple in the afternoon to take some pics. 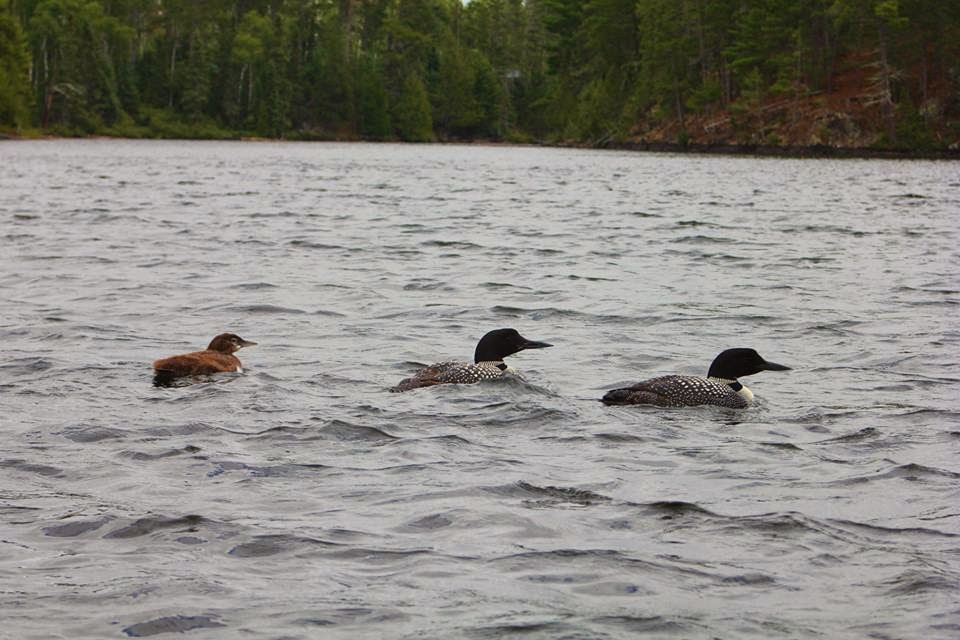 Bon fire, darkness, no means of communication, and the smell, reminds me of my mamaghar in Syanga when I was little. I used to get scared every night with the sound coming from the jungle close by. Tonight I feel like I am very close to the nature and I am really connected to it. Finally at around 11, inside my tent, I recalled all the events of the day, all those amazing places we went, and the Pizza which I decided to call “Paddle Pizza in the Woods”.
Posted by suman at 12:54 PM 4 comments:

What is Walk for Nepal? 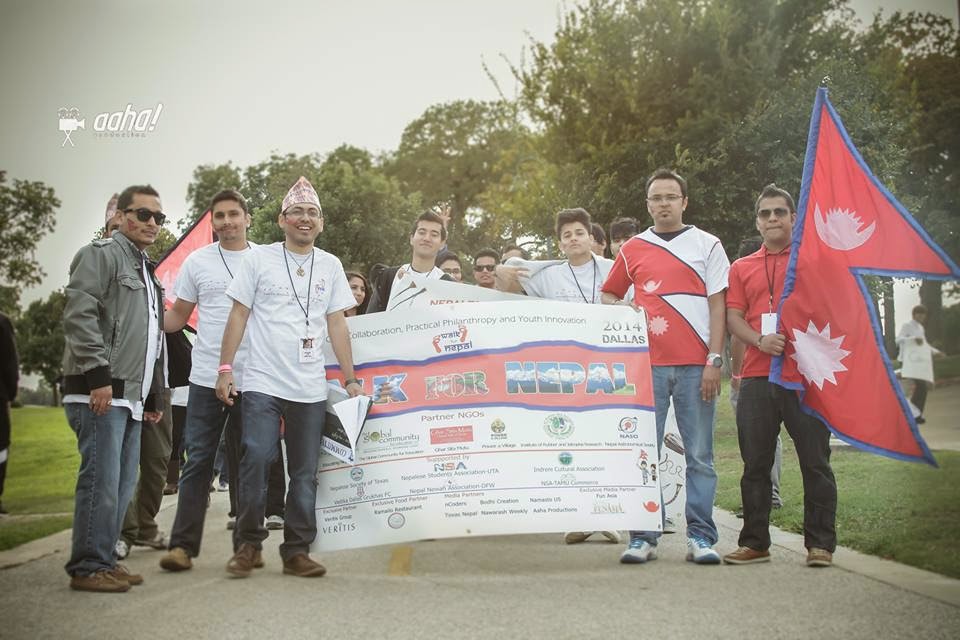 Walk for Nepal is a common platform for organizing walkathons in cities worldwide to mobilize individuals and organizations interested in the development of Nepal. It aims to tap the collective potential of the fast growing population of Nepalis in the US and around the world to make meaningful contributions to Nepal. Registered walkers can sponsor themselves and ask their friends and families to sponsor them. The donors can choose exactly which of the various participating organizations they want to contribute to. They may also choose to contribute to the Walk for Nepal fund, which is distributed to participating charities through on-line voting. All participating NGOs
Read more »
Posted by suman at 3:13 PM 3 comments:

Vision: School students will be empowered to recognize and comprehend the celestial objects inhabiting our universe and their association with the evolution and preservation of our lives on earth thereby dispelling superstitious beliefs of their influences prevailing in our society.

Mission: School students will be trained to be abundantly versed with astronomy for logically convincing and communicating with any member of local or international society on the importance and indispensability of cosmic entities dwelling in our universe.

Goal: Our goal is to impart school students with sufficient knowledge on basic astronomy to recognize and understand the heavenly entities for enabling them to participate in annual International Astronomy Olympiad. Objective: School Students will be selected, prepared, facilitated and qualified for their successful participation in annual international astronomy Olympiad.

First National Delegation will be lead by Mr. Suresh Bhattarai and co-lead by Ms. Manisha Dwa at Nepal Astronomical Society (NASO) NAO-2014 Organizing Committee: Rishi Shah, Chair - Rishi Shah, academician at Nepal Academy of Science and Technology (NAST), has been promoting astronomy outreach in Nepal since 1980s. He has been actively promoting astronomy outreach working with youths during the decades.Not only is he a regular astronomical columnist at The Rising Nepal, but also has his own weekly radio talk at Radio Sagarmatha 102.4 MHz FM.

Prabodh Rijal, Co-Chair - Prabodh Rijal has been working in the field of school education for almost two decade. He has been promoting science education in Nepal since 1990s with Young Scientist Fair, an enter-school competition/exhibition, where students get an oppertunity to showcase their talents. He is the president of ESPRO Foundation and Director of Eureka High School, Nepaltar, Kathmandu, Nepal.

Kishor Acharya,Member - Kishor Acharya is currently studying M.Sc. Physics at St. Xavier's College, Maitighar, Kathmandu, Nepal. He is working as Program Coordinator at Nepal Astronomical Society (NASO). He is also National Point of Contact (NPoC) of Space Generation Advisory Council (SGAC) to Nepal. He is also an Immediate Past President of Rotaract Club of Kathmandu Mid-Town, RI District 3292, Nepal and Bhutan and acting as Partner in Service Officer for RI District 3292, Nepal and Bhutan.

Sujan Regmi, Member - Sujan Regmi is a founder and current President of Pokhara Astronomical Society (PAS).He is a graduate student of Physics from Prthvi Narayan Campus, Pokhara affiliated to Tribhuvan University. He has an experience of teaching secondary level science.He is currently working in Chhunumunu Publication Limited in Pokhara as an administrative officer.

Mahesh Thakuri, Member - Mahesh Thakuri received Bachelor degree in physics from Prithvi Narayan Campus, Pokhara. He is founder vice president of Pokhara Astronomical Society (PAS). His interest lies in telescope operation, observational astronomy and outreach. Jeevan Lamsal, Member - Jeevan Lamsal is a graduate student of Physics from Prthvi Narayan Campus, Pokhara affiliated to Tribhuvan University. He is a science educator from the last three years in Pokhara. He has an experience of three years teaching science and astronomy in high school. He is a founder and secretary of Pokhara Astronomical Society (PAS).

Bikal Ghimire, Representative: Chitwan District - Bikal Ghimire is an youth activist persuing bachelor's degree in Agriculture Science at Institute of Agriculture and Animal Science, Rampur Campus. He is the founder President at SOS HGS Alumni Association Bharatpur that works as a helping hand of SOS Herman Gmeiner School Bharatpur regarding various programs and aims to work on social service as well. He is Joint Secretary of Leo Club of Bharatpur which aims to serve the society with the motto "We Serve".

https://www.youtube.com/watch?v=uIHBQZY9OL0
Posted by suman at 8:15 AM 5 comments: 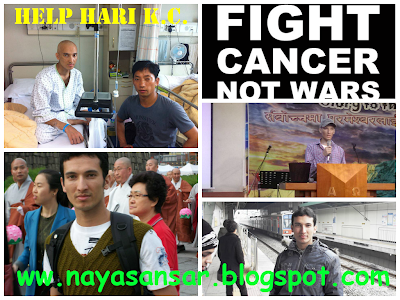 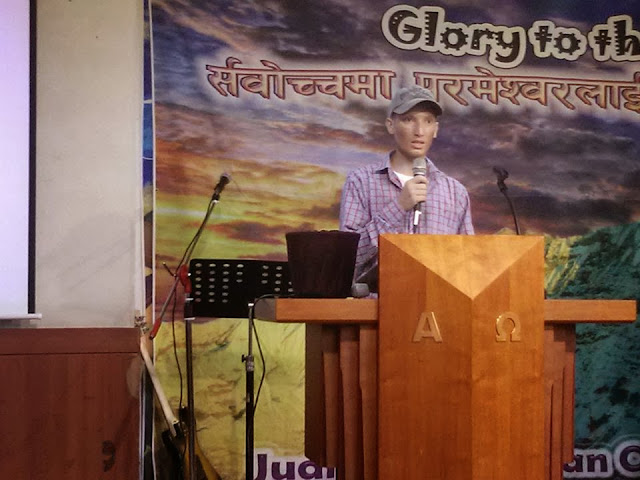